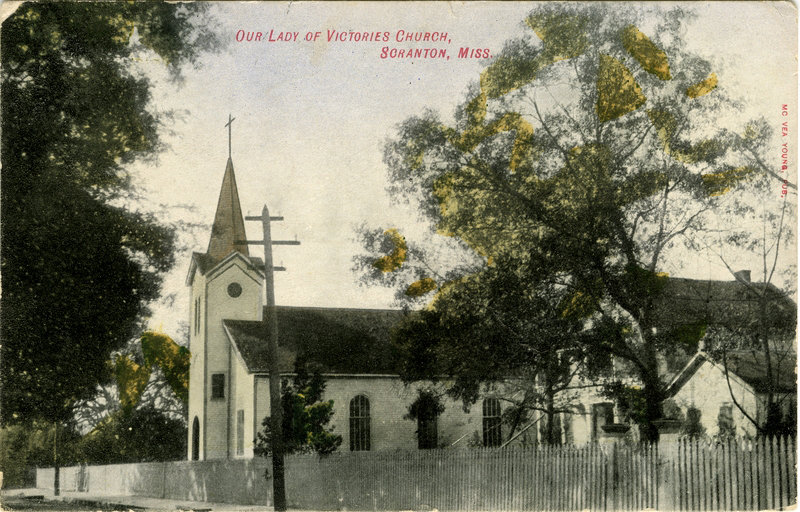 The history of Resurrection Catholic School dates back to October 6, 1882, when five Sisters of Perpetual Adoration arrived in Pascagoula to establish a convent and conduct a school. The Sisters began teaching in the school, called the Academy of the Guardian Angels, immediately; initial enrollment was 47 students. Since that date, there has been continuous Catholic education for the people on the same site.

Five years later, in 1888, the Catholic population of Pascagoula had grown to 1,000 people; this comprised 30% of the total population of the area. Enrollment in the school had also grown significantly, with 150 students enrolled.

The first commencement exercises were held in 1889. Three students graduated in this first class.

In 1932 the Sisters of Perpetual Adoration officially changed the name of their religious order to the Sisters of the Most Holy Sacrament (MHS) and celebrated the golden jubilee of their order.

In 1937, Our Lady of Victories (as the school was now called) received certification by the State of Mississippi. A new school building was erected in 1947; the gymnasium/auditorium was added in 1956. In 1959, a new grammar school was erected. In 1964, Sacred Heart Elementary School was dedicated and opened with a large enrollment. In 1967, the high school became inter‑parochial with all area parishes assuming responsibility for its direction. In 1974, due to declining numbers, the Most Holy Sacrament Sisters relinquished leadership of the school; the Sisters formally withdrew in 1988, the same year that Bishop Howze announced the merger of OLV Central High School, OLV Elementary, and Sacred Heart Elementary School into one school system, Resurrection Catholic School. 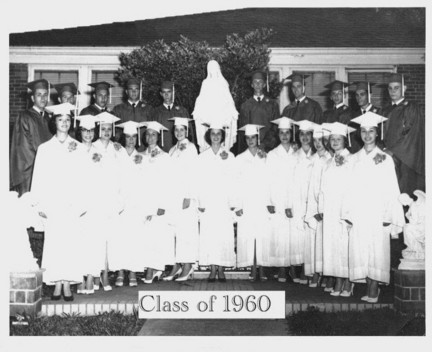 Throughout its more than one hundred years, service to the community has been a goal of the school. The achievement of this goal was recognized in 1976 by Governor Cliff Finch and Senator Trent Lott. Governor Finch stated, “For 94 years this institution has served as a beacon of hope and light by offering superior instruction not only in the skills of learning but also in solid Christian ethics.” Senator Trent Lott remarked, “Since coming into Jackson County, Mississippi, in 1882, the Catholic schools have contributed substantially to the educational and ethical development of the community.”