The Foster Family: An RCS Legacy of Faith and Family

A long time ago, the air conditioning unit went out in a house of nine. It was South Mississippi, and therefore hot and humid in all but a few months out of the year. The mother of the house said to her husband on the phone, “Walker, we cannot afford to fix the AC and also pay tuition for OLV.” The man did not have to think long for his response. They both knew the answer. He simply replied to his wife, “Well, we aren’t changing schools.”

This is just one example of the commitment to Catholic education shown by Joanne and Walker Foster. The two, along with their family, have been staples of the RCS community for generations, having put all seven of their children through school at what was then called Our Lady of Victories High School. They have remained active in the academic and spiritual growth of their grandchildren and great-grandchildren as well. They have always attended as many home football games, theater shows, and weekly Masses as possible and have grown to love and cherish RCS and its students as the family they have come to know it as.

Mrs. Joanne Foster attended OLV herself in the 1940’s. Today, she looks back on her time spent at the school with “sheer joy” for the friends she made and the nuns who taught her.

“Sometimes I hear people mention ‘those sisters…they were just rough and tough,’” Mrs. Foster recalls, “No they weren’t. They just weren’t.”

Mrs. Joanne (Martin at the time) was not the best at following the rules while attending Our Lady of Victories. One day, after being caught roaming the halls, Mrs. Foster remembers, “A nun, brilliant woman. Taught me math. She said, ‘Martin, just what is the matter with you?’ and I said, ‘I don’t know, Sister. I really don’t.’ ‘Get to class,’ the Sister said. And, so, I did.”

Mrs. Joanne graduated from high school in 1952, the same year Mr. Walker Foster graduated from the University of Alabama. The two had lived on the same street, but never met until they began working in the same office at the shipyard. They eventually got to know each other, fell in love, and decided to get married. Although he was raised Lutheran, Mr. Foster began going to mass at OLV Parish each Sunday with Joanne. “We never even discussed it,” Mrs. Foster says, “He just started going to mass each week. It was just a given.”

“Although,” Mr. Foster adds, “It wasn’t for many years until I converted.”

Throughout the next few decades, the Fosters made Catholic education a priority for all seven of their children. They struggled at times, and braved such storms as a home without air conditioning to be sure their children got the opportunity to live and grow in the Sacred Heart/OLV community. Thankfully, the church provided financial assistance on a number of occasions. “Even today, people love to help,” Mrs. Foster says about Resurrection, “You need only ask.”

With their children in school, the Fosters were very active members of the OLV community, further developing their love and care for the students and staff. Mrs. Foster remembers Sisters Hilda and Francine hemming the curtains for their daughter Jennifer Foster’s wedding the night before the ceremony. “It was a family,” Walker Foster says.

However, no family goes without trials and tragedy, and the Fosters and OLV/RCS community are no exception. In 1980, both families took a devastating blow.

“Of course, the hardest time, not just for us, but for the students, was when Katherine passed.” A teary-eyed Mr. Foster recalls the tragic death of their 18 year-old daughter, Katherine Foster, on the South Alabama campus in 1980.

“What I felt- and I need to say this,” Mrs. Foster says, “was such a consolation to find out that our daughter was safe. After being missing for so long. It was a great consolation to know that she was with her Heavenly Father. What more could I ask of any of my children?”

“But, It wasn’t just us,” Mrs. Foster continues, “It was the whole community. Katherine was so loved. They embraced her, grew up with her. They loved her, and she loved them.”

Mr. and Mrs. Foster knew Katherine’s class like family. Mrs. Foster remembers their love and grief. “In a loss like this,” she says, “So many emotions surface. Fears. I can remember one of her friends saying, ‘I want to always remember her like this.’ And, I said, ‘Darlin’, you will,’ but she said, ‘I don’t know. I’m not sure whether or not I’ll be able to remember.’ I told her, ‘Count on the Blessed Mother. Count on the Good Lord. They’re gonna help you to remember her.’”

Indeed, they did. Katherine’s class continues to remember Mr. and Mrs. Foster as well. This past year when Joanne and Walker attended their forty-year reunion, they were immediately welcomed and seated by all of Katherine’s classmates as if they were honored guests. The Fosters are adamant about the importance of not only knowing that there was an entire school community that cared for and missed their daughter, but also the consolation and support the school family was able to provide for one another. As Mrs. Foster said, “Open arms everywhere you go.”

The Fosters continued to care for and love the students and teachers of OLV/RCS throughout the years. Soon after having children attend the school, they had grandchildren, and even great-grandkids in school, each with their own stories and memories from their days at Resurrection.

“I remember Sister Marie de Lourdes,” Mrs. Foster recalled one of the most impactful teachers, “Not too many years ago, actually, she taught History. And, along with History, she taught life. Students would say, ‘You’ll never believe this,’ and she’d go, ‘I bet I will’ and she’d teach them one more time that the same happened in such and such country at such and such time.”

The Fosters tell the story of how Sister Marie would fight through the pain her arthritis gave her each day to get from the convent to her classroom. They also spoke of when they traveled with others from the church and school community to Lafayette, Louisiana to try and convince Sister Marie’s superiors to let her stay another year.

“We used to always see him outside before school working with his students at the picnic table,” Mrs. Foster speaks of Coach Tucker, one of the current math teachers and volleyball coach at RCS, “He’d say, ‘I’ll help them. All they have to do is ask.’”

It’s things like this, the Fosters say, that are part of what makes RCS such a great school, and part of why they keep coming back.

“It’s based on Christian values, first of all,” says Mr. Foster, “And, it’s the best school in the area.”

“And, when we see things like that,” Mrs. Foster elaborates, “When people participate, when they care. You feel that. You feel it. It makes a huge difference.”

The commitment to Resurrection has continued through the later generations of Fosters. There was even a point where there were fourteen grandchildren and great-grandchildren attending RCS. Mrs. Foster says, if there was a message she had to the present and future students of Resurrection, it would be, “You may not realize it, but every time you are active in the school community in any way, you become part of our history. And, we’re proud of that. It’s very meaningful.”

What can be seen clearly to anyone who takes the time to look is that first of all, Walker and Joanne Foster are two wonderful people. The Resurrection community is extremely blessed to have them as part of our family. Second, it is clear that the Fosters have found more than just quality education at RCS. They have found friendship, memories, and never ending support. They have known the school as the family it is. A family where love and help will always be given. You need only ask. 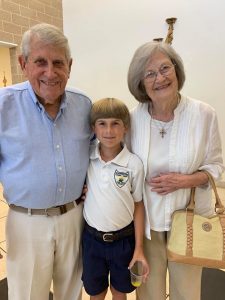 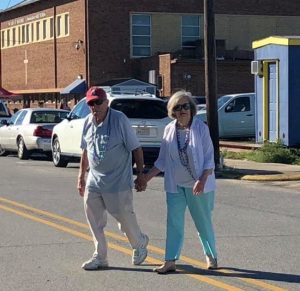 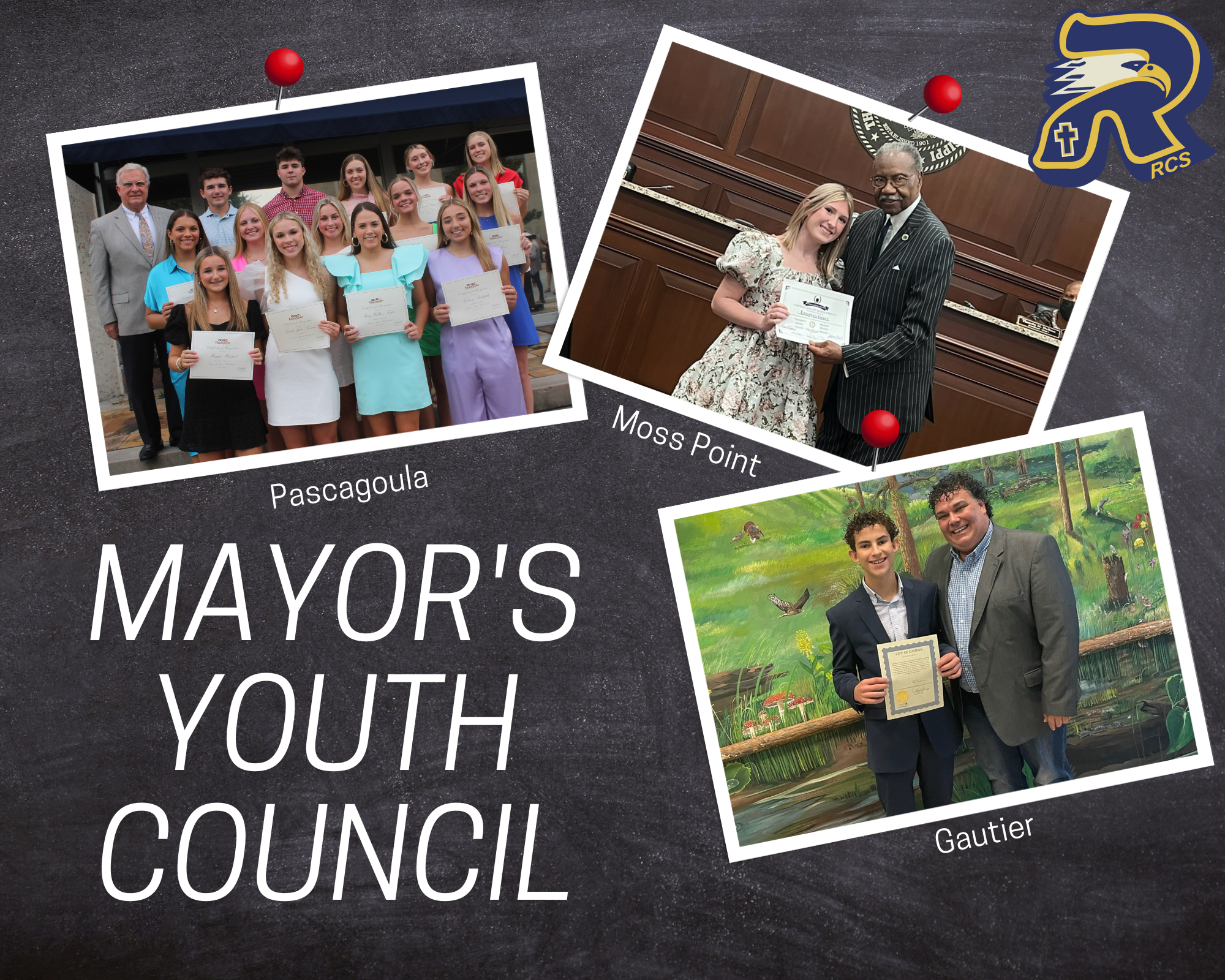